How Not To Hover 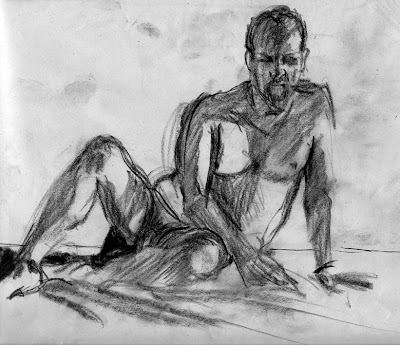 Seated Man
Conte Crayon on Paper
8×9″
It’s nearly the end of my semester teaching basic drawing. We have four sessions with a model to culminate the term. I do my demos and offer examples and advice and then to keep from hovering too much I draw with my students. I am too antsy to just hang back so I need to be doing something to keep myself in check. There is a fine line between being helpful and just being a pain in the ass.
I am always amazed at how much one can leave out and still have a well perceived drawing. The contour on the arm on the right is nearly completely absent. However the implied edge is quite unmissed.
T F m 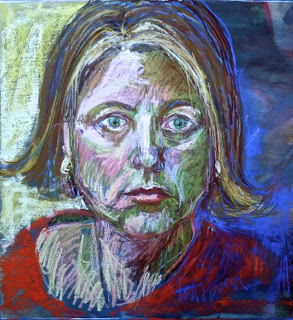 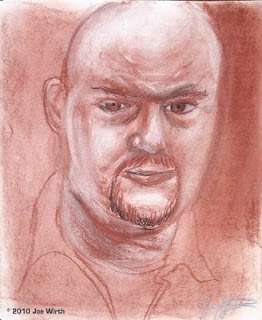 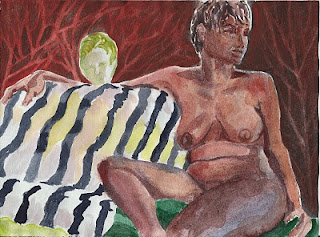 I haven’t made one of these in some time. I have been working mostly in oil. The stripes were the draw. I have said before that I am a sucker for pattern. The little head in the background is a ceramic bust a la the 18th century: the kind your gramma had in the 40s and 50s. I thought it was a nice contrast. 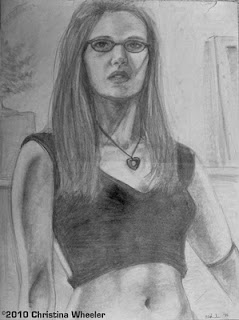 This is a very sensitive self-portrait which captures the determination of this young woman. She has been drawing for as long as she can remember. It shows. She has great desire and that is key. A little talent and a lot of desire can go a long way while a lot of talent and no desire goes nowhere. 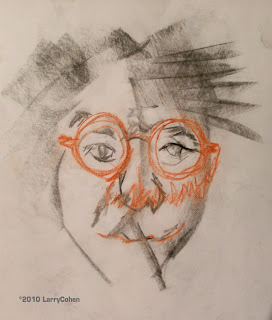 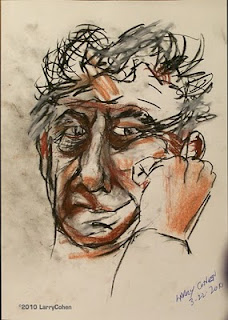 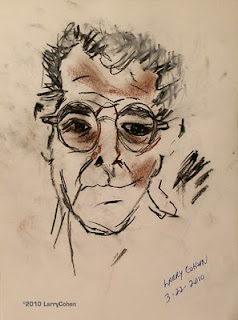 Larry the over achiever does it again! 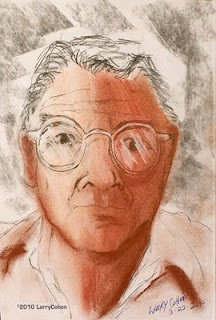 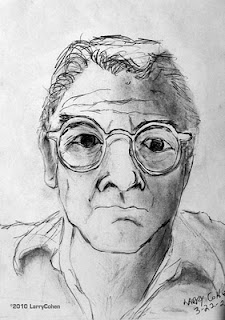 Larry is something of an ‘over-achiever’. There will be more self-portraits from him in the next few days. I think, in the long run, production and repetition can be the best teachers. It’s a practice and a patience game.
T F m